JP (Automatic Transmissions) Ltd (or JPAT, or JPs as it’s more often known) began life in Bristol in October 1975, founded by husband and wife, John and Pam Palmer. Pam and John were very well placed to start their own business. John’s background was in mechanical engineering and Pam had worked for Lloyds Bank in Corn Street, Bristol until starting their family. Her financial acumen played a vital support role in the accounts and admin side of the business for 32 years.

John started his engineering working life as an apprentice at Thrissel Engineering in Stapleton Road in Bristol in the early 1950s. After serving in the RAF overseas for three years for National Service, he went on to work for Trist Draper from 1960 to 1975 (a company manufacturing ‘Top Dog’ brake linings, based in Brislington, Bristol). John first worked in the technical drawing department of Trist and also tested brake bands (the photo below shows John testing brake bands fitted to a ‘Sunbeam Rapier’). In 1964, John started working as a salesman, travelling overseas selling friction linings for Trist. In the following year, John and Pam were married.

In the early days, John worked as an automatic transmission engineer based in Chew Magna (a village south of Bristol), whilst Pam worked at the company’s premises in South Bristol, the location of the company’s automatic transmission parts stores and despatch. The next few years saw a succession of moves. The company first moved to the Littleton Mills near Chew Magna in 1978 and then as the company quickly grew, in 1980, moved to much bigger premises in Avon Street, Bristol (now the trendy ‘Temple Quay North’ area of Bristol!) The torque converter workshop continued to be based at the Mill.
​
In 1978, John became the first president of the Federation of Automatic Transmissions Engineers (FATE) of which he and Pam were active members for many years. He was made a fellow of the Institute of the Motor Industry in the early 1980s. In 1980 JPAT invested in its first computer system, easing stock management (and simplifying completing VAT returns, according to Pam!)
​ 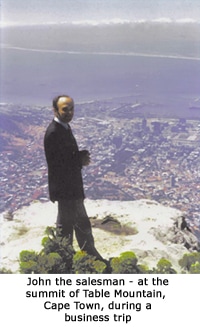 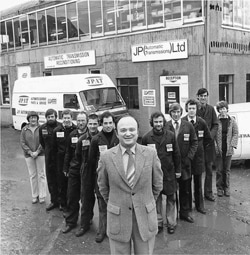 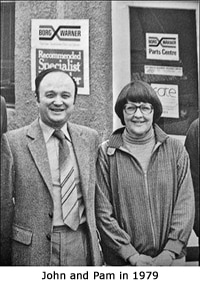 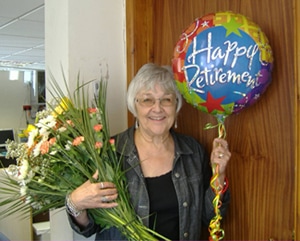 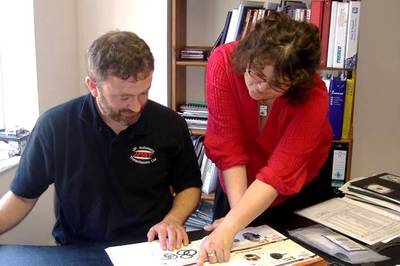 During the 1990s, the next generation of the Palmer family, Bruce and Emma (John and Pam’s two children) began working at JPAT, having grown up within the family business. Having graduated from Cardiff University and spent some time travelling and working in Spain, Bruce Palmer started working for JPAT in 1993 in the torque converter workshop. Emma Palmer started working part time for the company in 1996 after postgraduate study. She combined part time university lecturing and small business consultancy work with working at JPAT.

In 1997, JPAT became registered to the ISO 9001 quality assurance system and the following year were recognised as an Institute of the Motor Industry Brass Plaque holder. Through the late 1990s Bruce and Emma learned more about the different aspects of the business: Bruce working primarily in the torque converter workshop and parts sales, whilst Emma focused upon finance, quality, marketing and people management.

The beginning of the millennium was a time of change at JPAT. In 2000 John was diagnosed with leukaemia. At the same time, it was becoming ever clearer that Avon Street and the site of JPAT’s main premises were part of a planned re-development area of Bristol. In 2002 the company were given notice that the building would be compulsorily purchased. After property searching, Bruce found our current Pear Tree site in the autumn of 2002 and was successfully granted change of use. This was an ideal location, given that the majority of the staff lived in North Somerset, very close to the Pear Tree Industrial Estate in Upper Langford.

2003 was a watershed in the history of JPAT, with the untimely death of John and the moving of JPAT from Avon Street, Bristol to Upper Langford. Later that year, the torque converter workshop was also moved to the main premises, meaning that for the first time in decades, all of JPAT’s functions were under one roof. The death of John was a huge loss to his family, the company and to the industry. As one kindly colleague said at the time, “we’ve lost a legend in the trade”.

​Things have continued to change and develop, as they do. Bruce Palmer became Managing Director after the death of his father, John, with Pam and Emma continuing as active directors and shareholders. The company stopped automatic transmission reconditioning in house in 2005, with a greater focus upon the parts sales and torque converter reconditioning operations. In the same year, JPAT created a Business Development post, to further the company’s growth and development nation-wide.

June 2007 marked another ‘end of an era’, with the retirement of Pam, co-founder of JPAT. Her warmth, friendliness and knowledge of the business were a real asset. Pam continues to have close links with JPAT and still calls in to see everyone.

At JPAT we continue to invest in new technology and equipment which helps the smooth running of the place and the products and services we can offer customers. In 2007 (and a long, long process of appraising several different IT systems!) a new IT system was installed which has further streamlined and improved company processes. A few years ago the torque converter operations benefited from a new cleaning machine and last year we invested in a new shot blaster.

Bruce and Emma Palmer would like to take this opportunity to thank all of our staff, past and present, our customers and our suppliers. We’ve been extremely fortunate that many of you have been of long-standing, which has contributed to the stability and wellbeing of JPAT. Interestingly, in the past few years, the family have discovered that John comes from a long line of family businesses operating in and around Bristol dating back from the 1800s, so thanks also go to the helpful Palmer family business genes!
​
18 months ago we celebrated JPAT's 40th anniversary and extent our thanks to staff, customers, and suppliers past and present and to the strong foundations laid by John and Pam Palmer over three decades.
​
Home.